Finding An Unlikely Rainbow At A Job Site 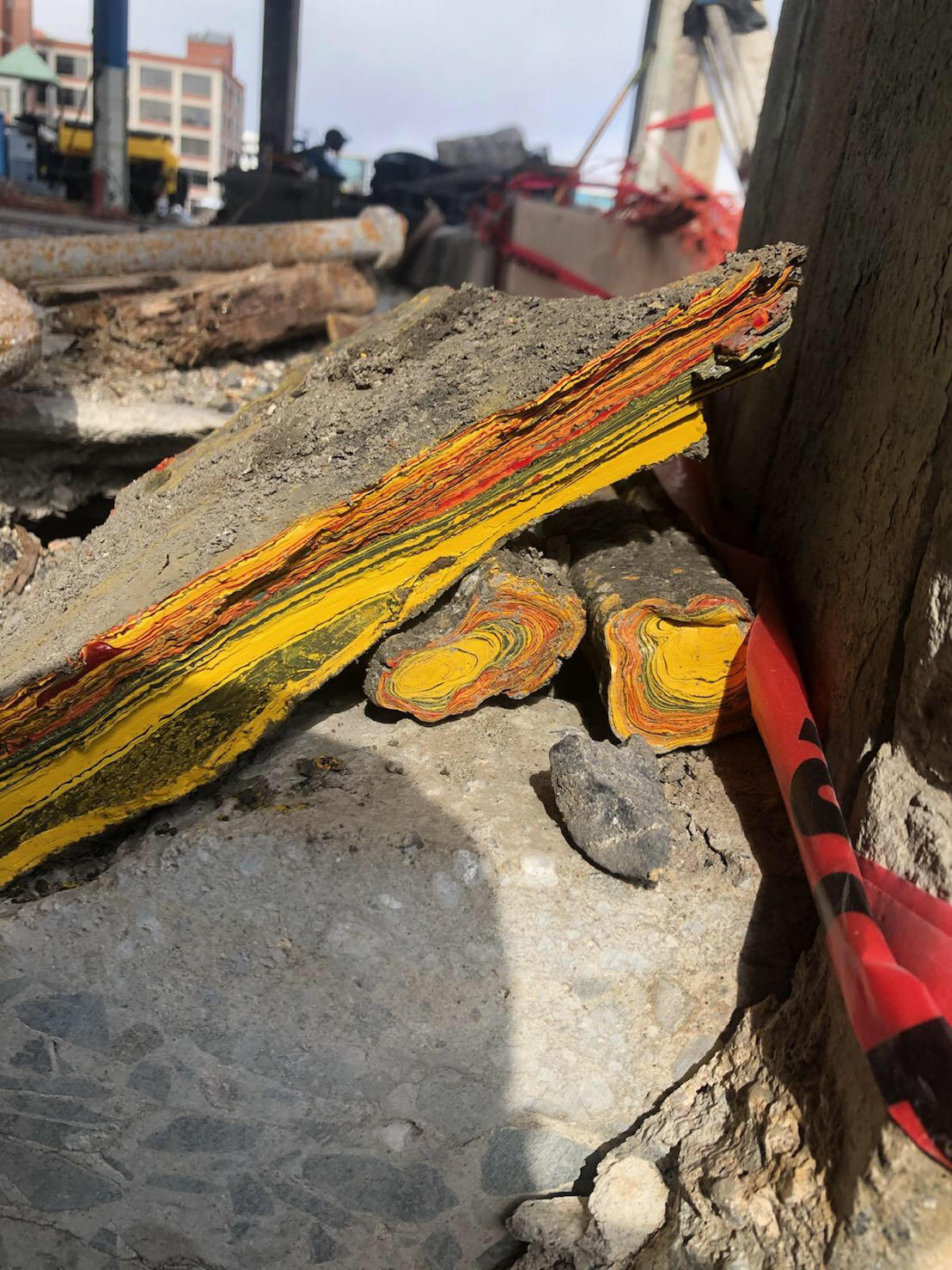 Remediating a site involves digging into its history as well as its soil, and both have its surprises. A great example was this find at a former industrial site. As you can see, when we broke open what we thought was wood, we found a rainbow inside.

This isn’t a natural phenomenon, although you can find rainbow trees if you know where to look. Instead, this was paint that had flowed and hardened in layers over the years, thanks to its lead base.

In the past, lead was added to speed up the industrial painting process. Lead paints dried faster, were more durable, and they were more resistant to moisture. That moisture included other paint, especially in situations where the paint dried quickly. In the 1950s through the 1970s, automotive factories spray-painted car bodies before running them through ovens, coating both the cars and the floors and skids with layers of paint that would be continually baked. Add enough layers and you got what’s called “Motor City agate,” a solid with layers of unique color that can be ground and polished.

That’s what happened with our “wood” here. Layer after layer of paint flowed down into a disposal area, hardening over time, waiting for us to find it. It’s not safe to handle, unfortunately; lead is a dangerous heavy metal and it was phased out of paints in the US in the late ‘70s. But it’s a good reminder that every site has a history, waiting to be uncovered.