How One GZA Office Celebrated Coming Back

Helen Fallon and the Fairfield Team

This April, GZA officially reopened all its offices for regular working hours. While GZA staff have been working in the field during COVID-related closures due to the essential nature of our work, and many others had already transitioned from work-from-home to typical office routines in recent weeks, this marked the formal return for many of us to see our coworkers in person.

At the Fairfield, NJ office, we saw this as a great opportunity to launch our “Fun Committee” which hosted “Bring Yourself Back to the Office” events all week. We wanted to rekindle and reinforce the sense of community in the office with a week of special events, and the Fairfield team dug deep into their closets and imagination to participate.

Monday:  Rock your GZA Attire Day was by far the most spirited day, and everyone wore it well!

A cornhole competition filled the halls of the office and Major League Baseball tickets were the coveted top prize. The day began with more than a few “sallies” (weak tosses that land on the ground in front of the board), but by the final rounds it was all “aces” (bags that land on the board – worth 1 pt.) and “cornholes” (bags that fall into the hole – worth 3 pts.) with only minor “cornfusion” (when teams cannot agree/remember the score!). 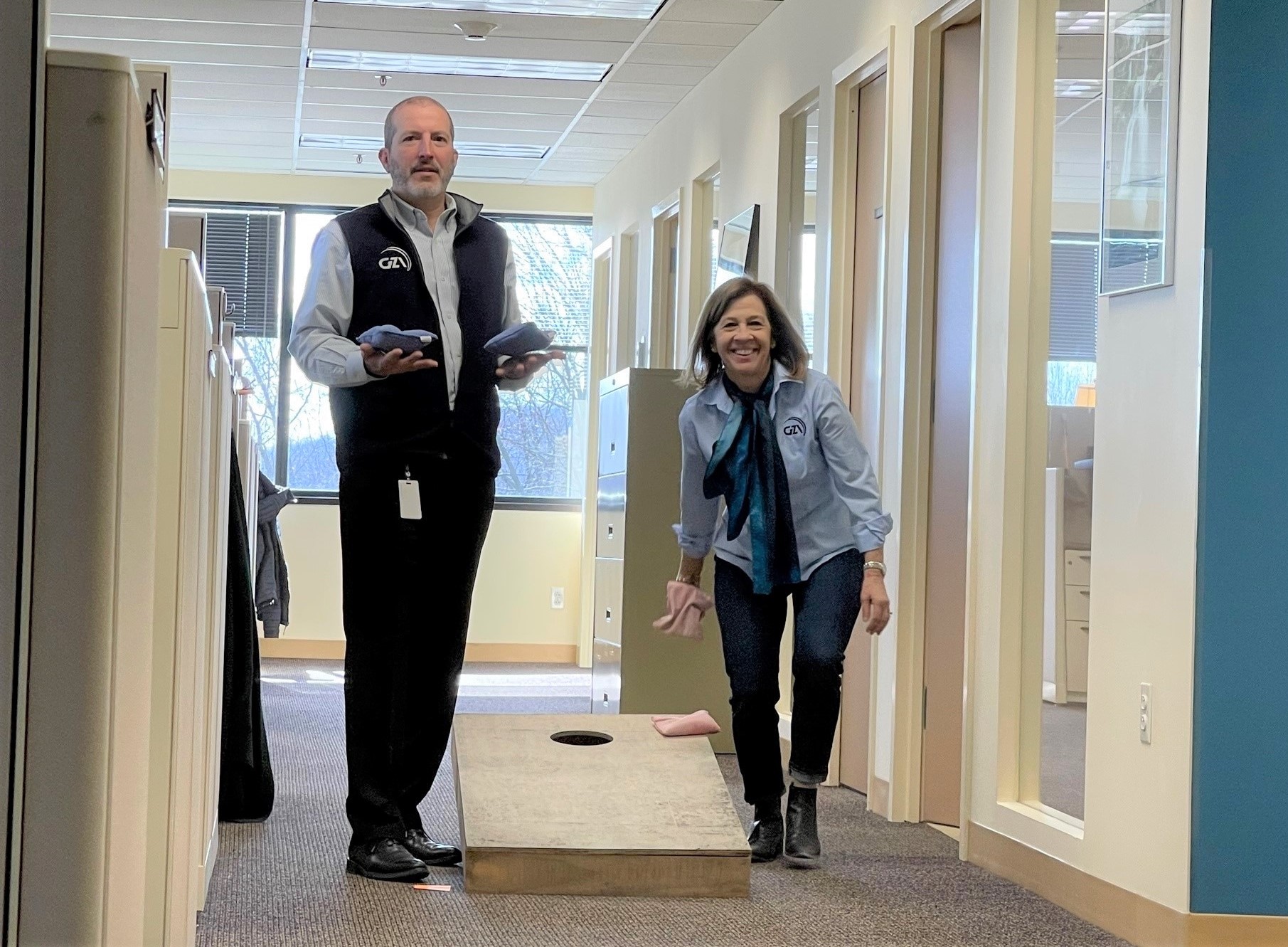 David Winslow, DOM of Fairfield, NJ office, and Mindy Sayres, Associate Principal, give it their best shot during the cornhole competition.

Lunch was provided and field war stories were swapped.  Have you heard the one about the dam inspection at the nudist colony?

Tuesday:  Dapper Day was resplendent with a tux, suits, a gown, and dresses…a GZA Gala. 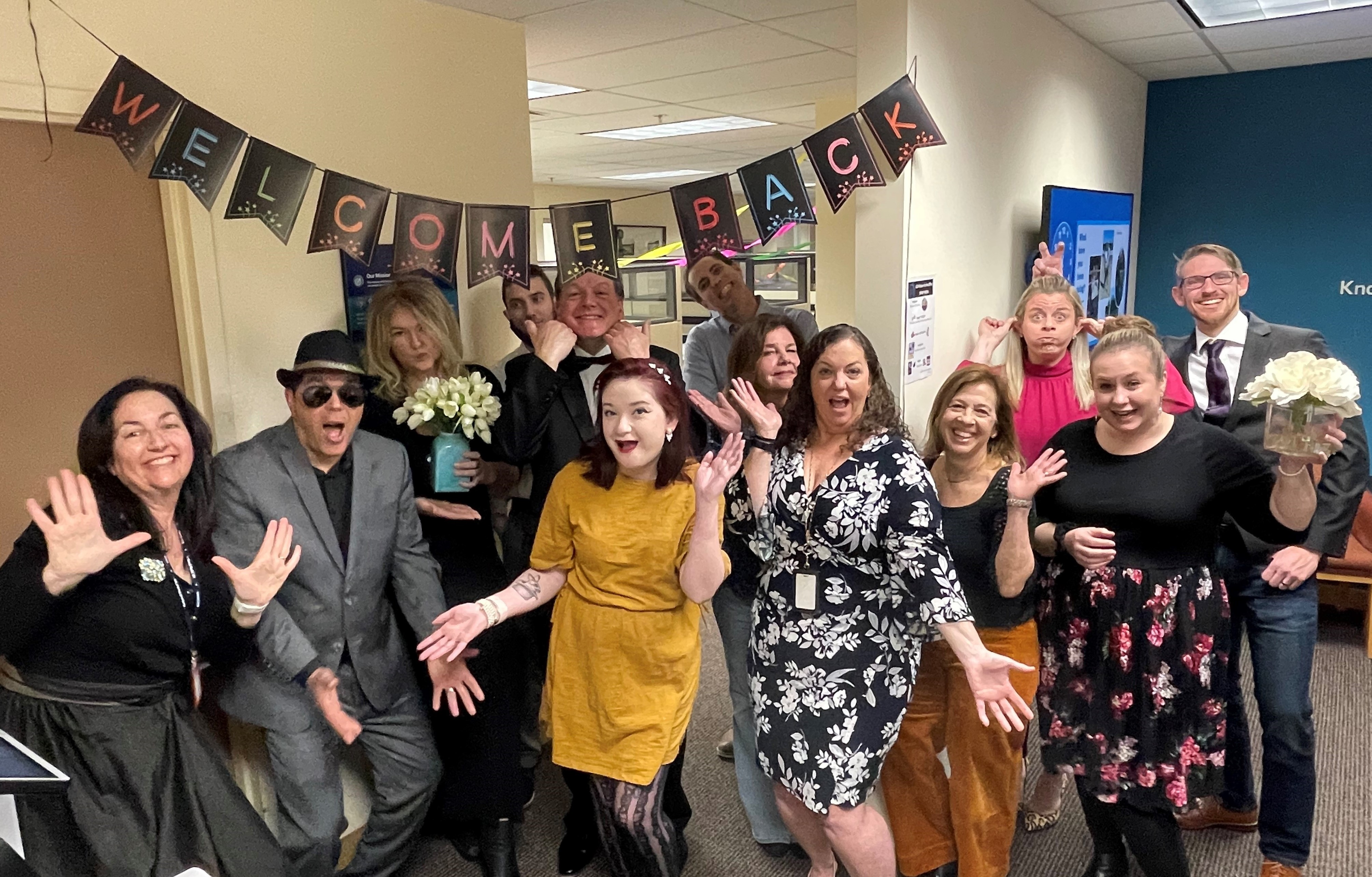 All dressed up and goofing off for a Dapper Day photo

Wednesday:  Western Wednesday brought out the GZA cowgals and cowguys.  The only thing missing was the mechanical bull. 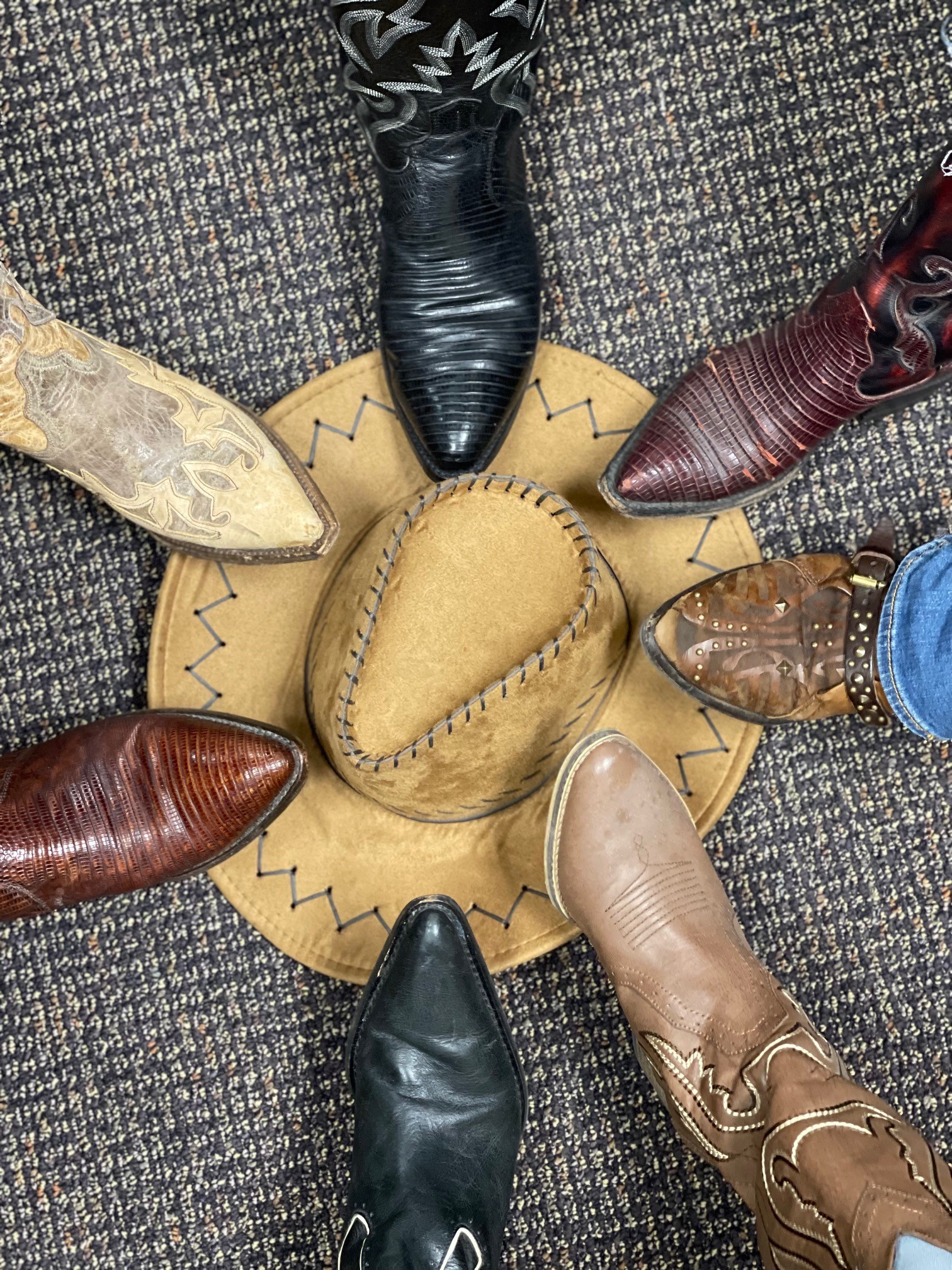 Jason Poppe, an Assistant Project Manager in the office’s Dams/Water Resources group, liked Western Wednesday the best, “It was great to see so much spirit back in the office.”

Thursday:  Work From Home Attire was by far the comfiest day, complete with the silence of slippered feet in the hallways. 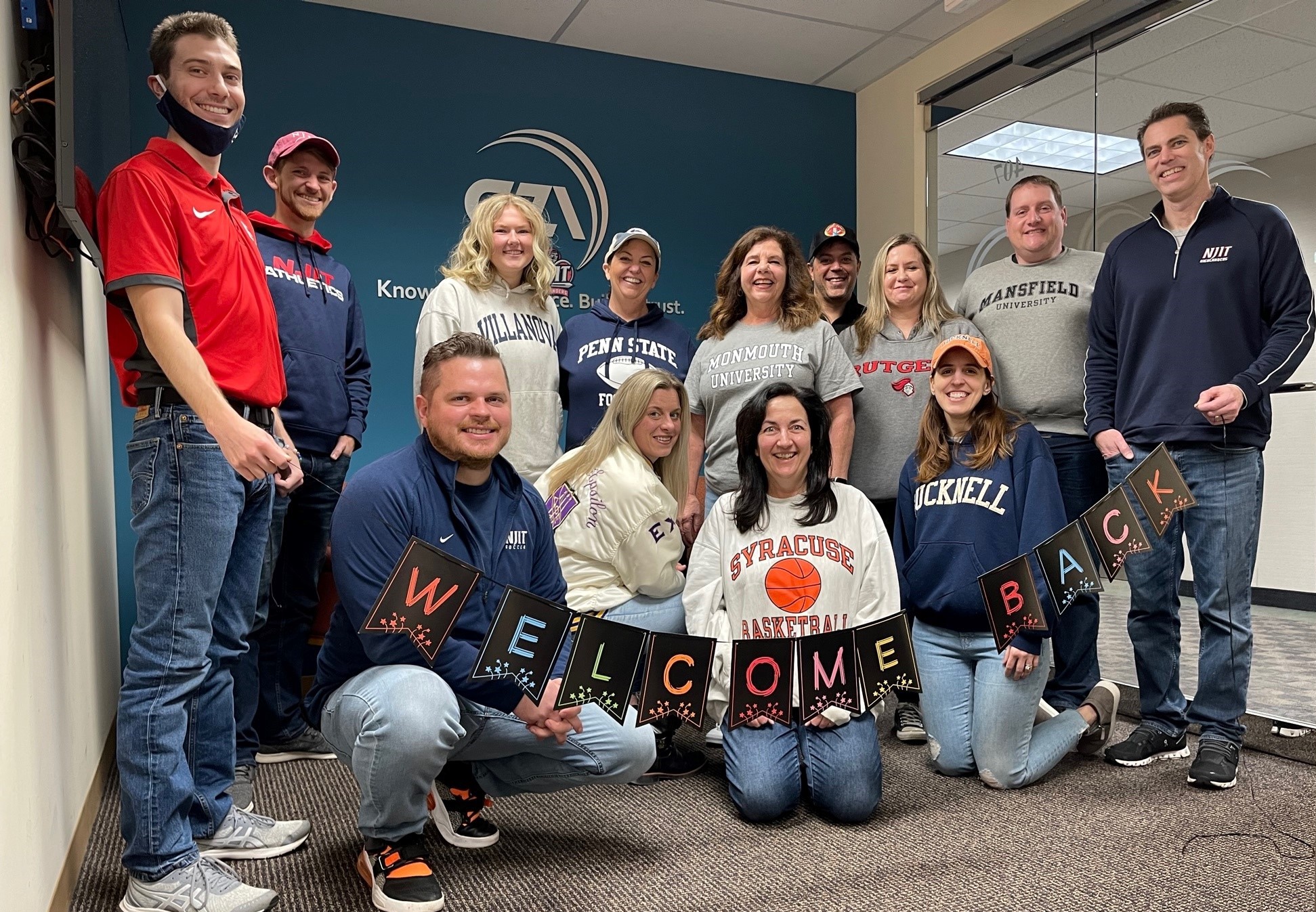 Plenty of school spirit and the New Jersey state schools, including Rutgers, William Paterson and NJIT, were well-represented.
The Fun Committee is made up of staff from all levels in the office. They have many ideas for future events, but we all agree that our inaugural event, Bring Yourself Back to Work week, was a resounding success!

David Winslow, District Office Manager, summed up the enthusiasm, “It was a great week in the Fairfield office as we celebrated Return to Office week.  In New Jersey, we bleed GZA Blue,” he said with a chuckle.