On July 1st, 2022, the Rhode Island department of Environmental Management will launch substantial changes to its regulations concerning wetlands. Below, we have excerpted the key elements of these changes and answers to commonly asked questions.

If you have any questions about how these regulations will impact your project, contact Megan Elwell and Igor Runge. 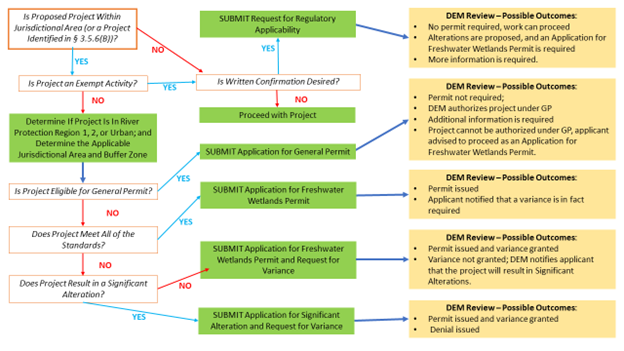 About sixteen percent (16%) of Rhode Island’s land area consists of freshwater wetlands (rivers, streams, lakes and ponds, as well as swamps, marshes, bogs, and vernal pools) which are distributed throughout the state.

In River Protection Regions 1 and 2, protection was strengthened by:

As practicable, buffer zone requirements were reduced in areas where existing land uses have already resulted in the alteration or loss of vegetated buffer. This applies primarily in the Urban Region.

What if I have already filed an application with DEM ?

Freshwater Wetland applications accepted for filing prior to 7/1/2022 will be governed by the rules in effect at the time (DEM Part 1 Rules).

What if I filed an application before 7/1/2022 and I need to make changes to it to address DEM comments after July 1?

The application would still be processed under the Part 1 rules. The new rules would not apply unless the changes resulted in a determination that new application is required.

All exemptions are subject to certain conditions and limitations specified in the rules. 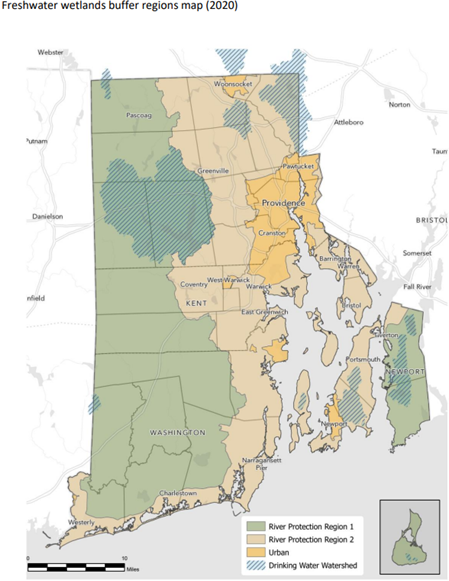 The state is divided into regions to facilitate the application of a range of buffer zones that reflect a gradient of watershed conditions. The regions consist of urban areas and non-urban areas – the latter of which is further divided into two regions to distinguish certain river buffer zones. In addition, requirements in drinking water supply watersheds were incorporated as an overlay in the non-urban regions. 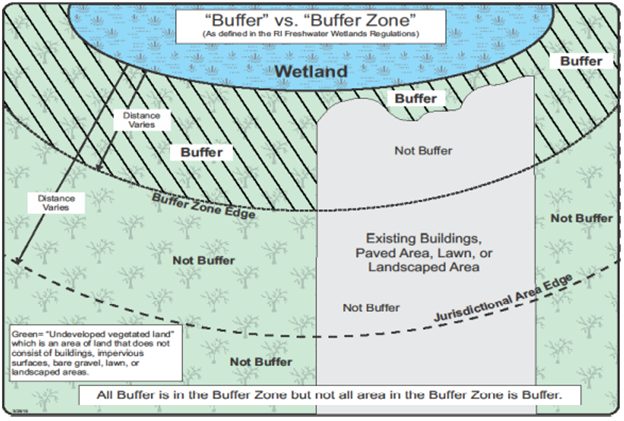 Designed to reduce submittal requirements, limit department review, and provide quick decision for projects that have limited risk for impacts.

Requirements for obtaining a variance