Teens Meet The Zoning Board 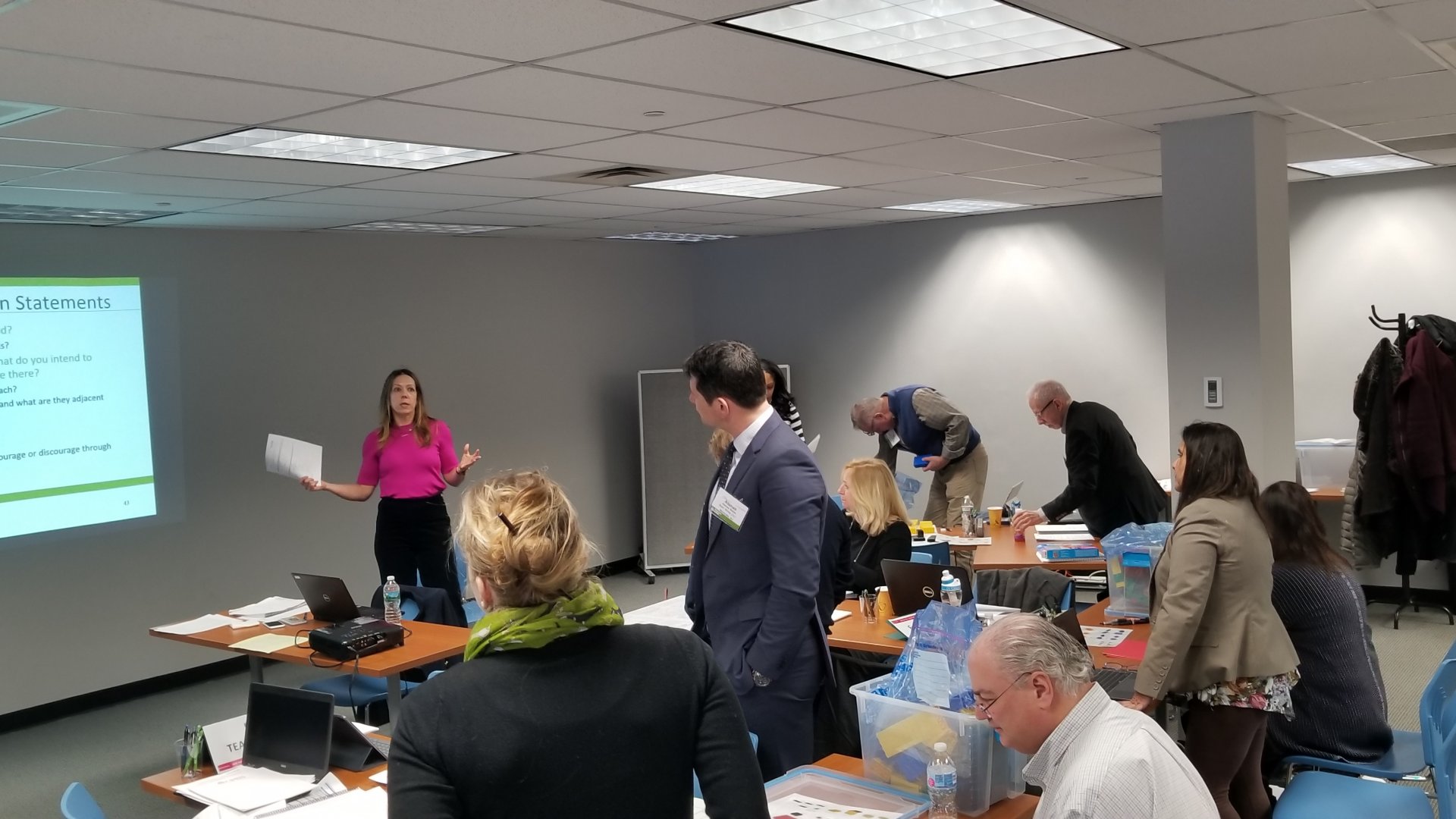 Zoning boards aren’t usually where you find groups of teenagers. Yet recently, the city government of East Brunswick, NJ saw local teens come before them with drawings, plans, and a host of material in pursuit of planning a new development. And while the development was just a mock-up, the skills these teens brought to the meeting were anything but.

The presentation is part of the UrbanPlan program, run by the Northern New Jersey chapter of the Urban Land Institute, and Stephanie Turkot, assistant project manager for GZA, worked with the teens of the East Brunswick School District as part of the program. And, as she tells us, it was as much a learning experience for her as for them.

UrbanPlan divides its participants into teams of five and tasks them with designing a redevelopment plan for a mock neighborhood. Their approach is up to them, but the neighborhood, Stephanie explains, presents challenges for even experienced developers. “There were controversial issues in the mock drawings, certain components they had to decide whether or not to keep, like historical buildings or homeless shelters.” Once they have a budget and a plan, the teens first run their plan by a group of ULI members representing different interests, and then visit the town council to see just what it takes to build in a neighborhood.

Stephanie sits on the board of the NNJ ULI chapter, and this was where she first learned about the opportunity. “I didn’t really have experience working with residential developers,” she tells us, having worked on industrial and commercial property projects for more than a decade with GZA. “It seemed like a great way to learn and do something for the community.”
To participate in the project, she arranged for GZA to sponsor the eight-hour training course with her fellow ULI members. “It was a great learning experience to see what goes on in a developer’s mind, and what they have to overcome when presenting a housing project to the board. I was taking my own notes!” she laughs.

After they were trained, the ULI members sat down with the teens playing various roles developers encounter on their way to a permit. Stephanie had the role of neighborhood advocate. “When we went to the schools, we were the board asking them questions,” she explains. “I had to ask ‘Will the neighborhood be happy with what they’re doing?’” The goal was to get them to think beyond just the redevelopment brief and look at the long-term impact for long-time residents.

Even if the teams never pick up a shovel or file for a permit, they’ve gotten insight into a community process that rarely gets the spotlight, and developed the tools to get involved in the direction of their community. And Stephanie is looking forward to another round of UrbanPlan. “With our training, we have the ability to keep teaching in various schools,” she explains, “and it was a great learning experience for everyone.”